Bet on the Academy Awards and Oscars


Bet on the Academy Awards - Who will win the Oscar? Tune in to the 85th Annual Academy Awards TM on February 24th, 2013 to find out the Best Picture winner.

It's been called "the Academy statuette," "the golden trophy" and "the statue of merit." The entertainment trade paper, Weekly Variety, even attempted to popularize "the iron man." Thankfully, the term never stuck. Born in 1928, the Academy Award of Merit — which we know as simply "the Oscar" — depicts a knight holding a crusader's sword, standing on a reel of film with five spokes, signifying the original branches of the Academy: Actors, Writers, Directors, Producers and Technicians.

The Origin of the Oscar Name
A popular but unsubstantiated story has been that the moniker caught on after Academy librarian and eventual executive director Margaret Herrick said that the statuette resembled her Uncle Oscar. Its first documented mention came after the sixth Awards Presentation in 1934 when Hollywood columnist Sidney Skolsky used it in reference to Katharine Hepburn's first Best Actress win. The Academy itself didn't use the nickname officially until 1939.

Oscar has changed his look on occasion. From the 1930s through the 50's, juvenile players received miniature replicas of the statuette; ventriloquist Edgar Bergen was presented with a wooden statuette with a movable mouth; and Walt Disney was honored with one full-size and seven miniature statuettes on behalf of his animated feature SNOW WHITE AND THE SEVEN DWARFS. In support of the World War II effort between 1942 and 1944, Oscars were made of plaster, to be traded in for golden statuettes after the war. Additionally, the base was raised and changed from marble to metal in 1945. And in 1949, Academy Award statuettes began to be numbered, starting with No. 501. 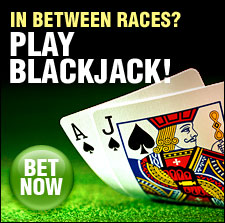